Retro sweets are taking a bigger bite of the wider UK confectionery market – but what’s behind their growing popularity?

What was your favourite sweet when you were growing up? Spangles, Opal Fruits, Black Jacks? Or were you more partial to a Sherbet Fountain, a Banjo or Jelly Tots?

Whatever your sugar fix was, researchers say you probably still have sweet memories of them.

New data from insight company Kantar shows total UK confectionery sales have grown by 13%, to nearly £3.9bn, over the past five years. 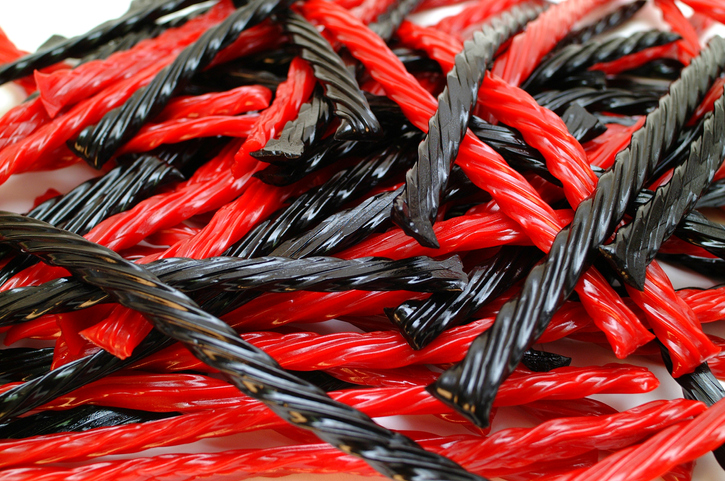 Kantar’s Gareth Davey says “classic confectionery” is doing well because it is proving just as popular with younger people as with older generations – although tastes differ.

“Consumers tend to carry their habits with them as they age, so those who grew up on mint and aniseed flavours still enjoy them in their 50s and 60s,” he explains.

“However, the younger population have been brought up on sweeter flavours, so as the current generation of liquorice-lovers age, they aren’t being replaced at the same rate.

“Instead, young people are far more likely to go with flavours they know – so when they do choose retro products, these tend to be things like lemon sherbets and parma violets, which are more in keeping with contemporary tastes.”

According to market research company Mintel, the growth in popularity of retro sweets lies in part on nostalgia. Sugar and chocolate confectionery – particularly those “stirring memories of childhood” – are “able to spark feelings of comfort, joy and excitement”, it says, adding that, more widely, vintage and retro products are en vogue.

‘Nostalgia is the future’

The nation’s love affair with retro sweets can be seen whenever a perceived favourite disappears from shop shelves. Facebook and website campaigns have been launched in recent years, calling on confectioners to bring back the likes of Texan Bars, Spangles and Toffos.

Sweet producers and retailers have been picking up on the enduring appeal of retro confectionery.

At Easter, Poundland brought out a new retro range, including flying saucers, rhubarb and custard and fruity tubes. “We’ll leave it to the social scientists in white coats to explain why, but we reckon in turbulent times, people like to be reminded of things they loved in years gone by,” says a spokesman. “It looks like nostalgia is the future as well as the past.”

Retro sweets have been biting into other sectors of industry.

Edinburgh-based e-cigarette retailer VPZ, which has more than 125 stores across the UK, says its retro sweet ranges, such as sherbet lemon and pear drops, are outperforming “modern” flavours such as fruit mango or watermelon. Its Black Jack-flavoured e-liquid – which it launched six years ago – is now among its top five best sellers out of more than 500 products, according to the company.

“As more smokers move towards vaping, and crucially away from tobacco flavours, they like to experiment with sweet flavours and retro sweets and the return of old-fashioned sweeties is definitely a favourite with our customers,” says director of manufacturing Doug Mutter.

Confectionery from yesteryear is even proving popular in the world of puzzles.

Surrey-based jigsaw manufacturer Gibsons – which is celebrating its centenary – introduced a new range of retro sweet-themed puzzles last year, in response to demand. Featuring images from the 1950s, 60s, 70s and 80s, the 500-piece jigsaws won Gift of the Year at the Giftware Association’s annual awards.

“There has definitely been renewed interest in retro sweets in recent years,” says managing director Kate Gibson. “We can all remember the magic and excitement sweets brought us when we were children, whether it was a Milky Way or Opal Fruits.”

The future appears rosy for retro sweets – but some are unlikely to return to shop counters anytime soon.

Candy sold in the form of cigarette packs was effectively banned by laws introduced in the UK in 2004, according to Action on Smoking and Health (Ash).

The World Health Organization has suggested a ban on the sale of toy and sweet cigarettes in order to reduce the appeal of cigarettes for children.