When he strides onstage on Friday night, Stormzy will make history as the first British rapper to headline Glastonbury Festival.

His ascension to the top of the bill has been rapid – he’s only released one album – but the sense of anticipation is immense.

“It’s probably the most energy that Glastonbury has ever seen. I know that sounds like a big statement but, trust me, it’s going to be crazy.”

“It’s like a moment in history,” agrees Stefflon Don, who plays the John Peel tent on Sunday.

“Stormzy always brings it with his live shows and I can’t wait to see what he brings to the Pyramid stage.

“I think and hope it will go down as one of the most memorable, iconic Glasto performances.” 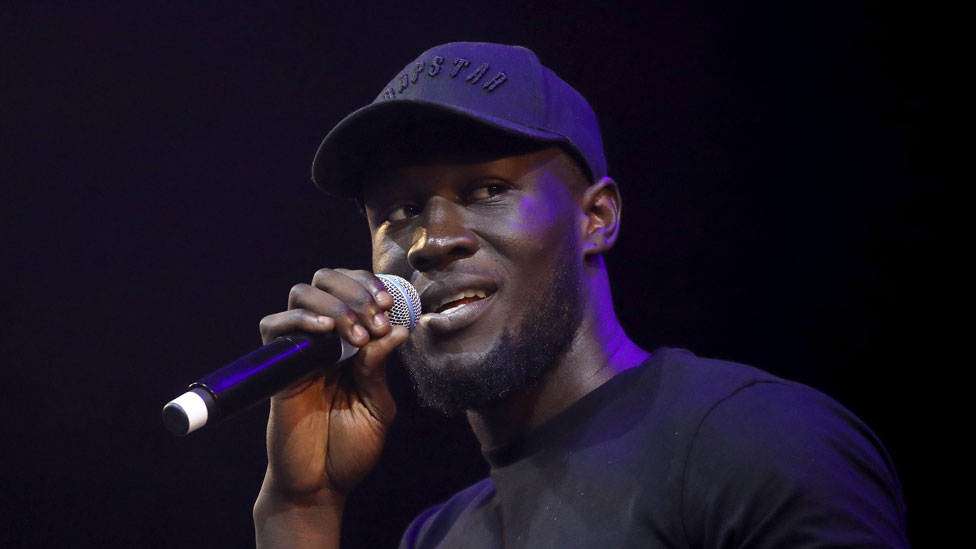 We are going to show the world exactly why I managed to get here.

Stormzy, real name is Michael Omari, comes to Glastonbury off the back of his first number one hit, Vossi Bop, and a new, gospel-influenced single, Crown.

The track is a heartfelt reflection on his achievements, and the pressures of being seen as “the voice of the young black youth”.

It’s a label he’s embraced with typical thoughtfulness, launching a book imprint for new young writers, and establishing a scholarship at Cambridge University.

“I think Stormzy has done a fantastic job of finding the balance between representing his own truth, as well as the reality of black Britain and working class Britain,” says Julie Adenuga, from Apple Music’s Beats 1 Radio.

“It’s an extremely hard weight to carry, because we’re not all the same and on countless occasions he is often used as the poster boy for an entire community.

“To be able to stay true to his own goals and dreams but still fly the flag for his generation is commendable. It can’t be easy.” 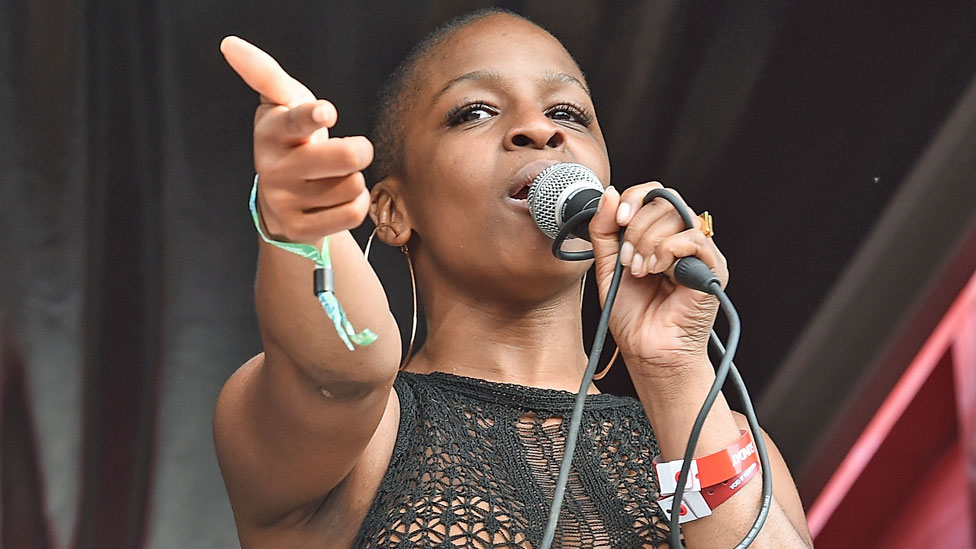 He told me he doesn’t like dancing because he’s too tall.

The 25-year-old hasn’t shied away from controversy, speaking out on institutionalised racism and police brutality. On stage at the 2018 Brits, where he won best male and best album, he called Theresa May a “criminal” for her response to the Grenfell disaster.

Vossi Bop, a song that’s ostensibly about a dance move his friend made up, also contains a pointed attack on Tory leadership candidate Boris Johnson.

So will he use his Glastonbury platform – broadcast live around the world – to make a big political statement?

“You never know with Stormzy,” says BBC 1Xtra’s DJ Target, who was one of the star’s early champions.

“If he does say anything outside of his music, it’ll be something that’s been very well thought-through. It won’t just be an off the cuff statement.

“There are other artists in the world that have outbursts, who speak out of turn, but with Stormzy it never feels like an outburst, it feels like this is something he really wants to address, and I guess if he decides he wants to address something on Friday night it’ll have a huge impact.”

Stormzy isn’t the first British rapper to play the Pyramid Stage – Skepta, Tinie Tempah and Dizzee Rascal all paved the way, and grime has had a presence at the festival ever since DJ Cameo brought a whole crew of key London MCs including Trim and JME to the Roots Tent back in 2005.

There have been some lean times since then, but 2016 was a watershed year, with a day-long line up on the Sonic Stage featuring Kano, J-Hus, Nadia Rose and Novelist, which prompted a slew of articles about Glastonbury’s Grime Takeover.

This year, though, grime can be found in every corner of Worthy Farm, whether its Dave and Loyle Carner on the Other Stage, Octavian and Stefflon Don in the John Peel tent or AJ Tracey and Lady Leshurr in the Silver Hayes area.

“I remember doing Glastonbury as part of Roll Deep in 2010,” says DJ Target. “Tinie Tempah was on before us, then Bashy and Giggs. We were all on the East Dance stage and it kind of felt like that was our area within Glastonbury.

“And now – I just flipped through the line-up, and I’m literally going to be having 20-minute treks across Glastonbury to see everyone I want to see. They’re sprinkled throughout the whole festival, and in some stages they’re top or second-to-top billing. It’s going to be hard work to catch them all – but that’s a great problem to have.”

“What we’ve seen over the last few years, each milestone that’s been reached, you go, ‘Wow, is this as high as it can go, or is this another massive door that’s been booted open?’ and it’s mostly been the latter.

“Every time something like Stormzy headlining happens, it inspires the next artist to believe it’s achievable.” 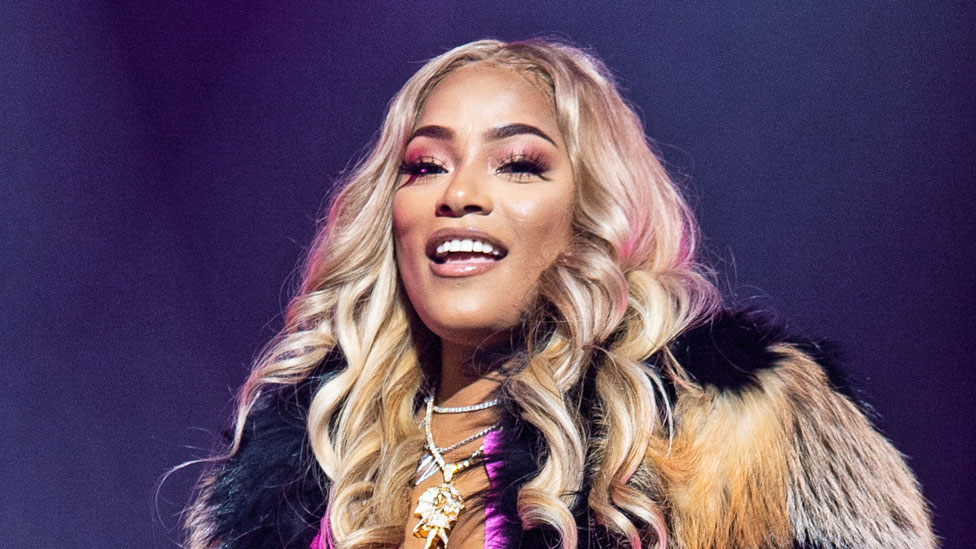 I think and hope it will go down as one of the most memorable, iconic Glasto performances.

All eyes will inevitably be on the musician as he takes to the stage at 22:15 BST on Friday night.

Nobody knows quite what to expect – and the Croydon-born rapper hasn’t shared any clues about his performance, other than revealing it’ll feature a spectacular light show from Tim Routledge, who was behind Beyonce’s Formation tour and the Spice Girls’ recent stadium gigs.

But speaking to 1Xtra earlier this year, the star said: “We are going to show the world exactly why I managed to get here”.

“There were so many doubters being like, ‘Oh he hasn’t got no number one song’ or, ‘Oh he’s got one album out, he’s not ready’,” he added.

Festival organiser Emily Eavis, who booked him for the slot, has no doubts about his readiness.

“When I saw him play the 2017 festival on the Other Stage, I knew straight away that the next time he played he would be headlining the Pyramid,” she said.

“The reaction in the field was unbelievable. He’s got such a presence and the energy is incredible.”

According to Julie Adenuga, though, there’s one thing his performance will be missing.

“He told me he doesn’t like dancing because he’s too tall,” she laughs.

“I think he’s just too shy, but there’s no space for shy when you’re headlining Glastonbury!”